Cheap flights to The United Kingdom!

For hotel bookings made for next 24 hours or less, please call our reservation desk.

Flights to The United Kingdom

* All the fares are for round-trip travel and include all taxes, service fees, and surcharges. Fares mentioned on the site are according to the historical data and are subject to change without any prior intimation. Please go through terms and conditions for more info.

The United Kingdom of Great Britain is known as the UK or Britain. It is on the northwestern coast of the continental mainland, and the island includes England, Wales, and Scotland. The UK has all the water bodies, including the Atlantic Ocean, the North Sea, and the English Channel. The UK has a long history and a great culture behind it. It has influenced the language, culture, and traditions of several countries over which the British empire has ruled for years.

Most of the UK experiences cool temperatures with rains throughout the year. The famous cities of the UK are London, Manchester, Glasgow, Leeds, and Scotland. These are the usual tourist attractions and are known for their art museums, shopping centers, architectural beauty, and beautiful landscape. There is ethnic diversity in the UK with a mix of White people, Asians, and other Ethnic groups. Due to the cultural mix, you can enjoy different types of cuisines when you visit the UK and experience its diversity at its best. Faretrolley recommends you visit London and Scotland on your vacation to the UK as the top major destinations.

Q. How much time do flights from the USA to The United Kingdom take?

If you plan to fly to The United Kingdom from the New York JFK airport, the flight duration is 10 hours and 15 minutes for a direct flight. The time taken by your flight depends on your destination in The United Kingdom and your airline.

Q. What's the best season to travel to The United Kingdom?

Q. How to get budget-friendly flight tickets to The United Kingdom?

Top cities to visit in The United Kingdom:

Top Faretrolley airlines to fly to The United Kingdom:

When you travel to The United Kingdom with Faretrolley, you do not have to worry about anything. We ensure that you get the best travel experience you cherish for a lifetime.

Cheap Flights to The United Kingdom 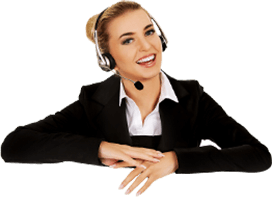 Save upto $50 instantly by calling our expert

Why to Book with a Travel Agent?

Know it all. Sign up with us to be updated with our latest offers & travel tips by our travel experts.